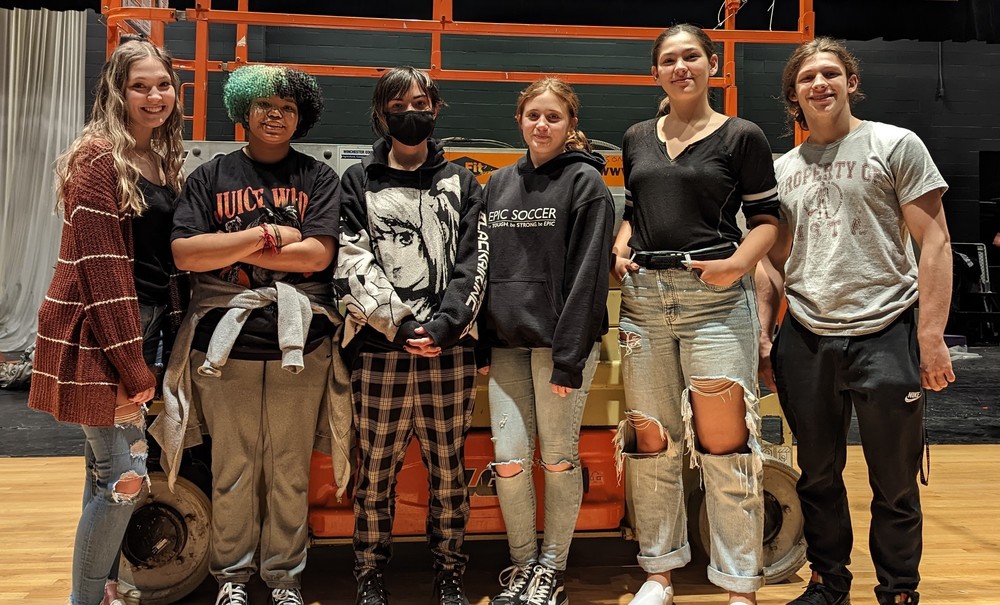 CHARLES TOWN, W.Va. – Live theatre returns to Washington High School (WHS) this weekend for the first time in more than two years. Dozens of students have collaborated on a stage adaptation of Nosferatu, the F.W. Murnau classic silent horror movie released in 1922. WHS will offer two performances on Saturday, November 12, at 3:00 and 7:00 p.m. WHS Theatre Director Robert Cummings said the production was a student-driven project from the beginning.

“I set out a series of plays at the beginning of the year, and we all did a read-through of them and decided which one they wanted to do,” Cummings said, adding that students also liked that this year marks the 100th anniversary of the original silent film.

Cummings estimated that between his theatre classes, stage design work, and graphic design, as many as 60 students came together to bring the show to life. Additionally, the performances will feature a custom composition by WHS senior music producer, Jayden Dyer. Cummings said an incredible amount of work has gone into the production, but the experience has been positive for students.

“Their enthusiasm and excitement for this are what really pushed the ball," he said, noting that this will be the first stage production for many of the students involved due to the Covid-19 pandemic.

The community also lent their support to the production. Vital Signs Plus provided a promotional banner on display in front of Jefferson Security Bank in Charles Town, while the Contemporary American Theatre Festival (CATF) at Shepherd University shared some of their costumes. JCS extends a special thank you to these community partners for their assistance and support.

The WHS production of Nosferatu will run for two performances on Saturday, November 12, at 3:00 PM and 7:00 PM. Tickets are available at the door.