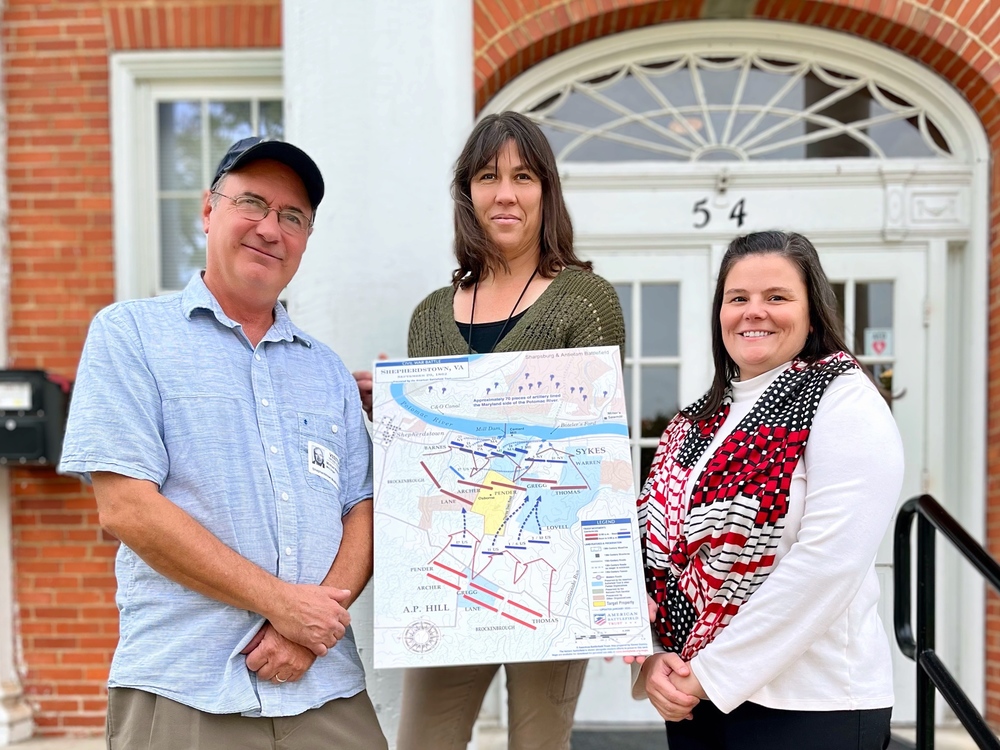 Students at Shepherdstown Middle School are learning about a lesser-known Civil War battle thanks to a donation from the Shepherdstown Battlefield Preservation Association (SBPA). The group, represented by president Dr. Mike Nickerson, donated a mounted map depicting the Battle of Shepherdstown to display in the school. Students also received smaller maps to take home. Stephanie Unger, a history teacher at SMS and member of SBPA, facilitated the gift to help commemorate the 160th anniversary of the historic battle.

"This donation is part of our educational campaign to raise awareness for the Battle of Shepherdstown," said Nickerson. "This is the battle that ended Robert E. Lee's campaign to invade Maryland, not the Battle of Antietam, as people often believe."

The map donation is among the SBPA's sponsored activities to promote battlefield preservation. Working with the American Battlefield Trust (ABT), the Shepherdstown-based group hopes to raise enough funds to purchase Far Away Farm on Trough Road, where the Battle of Shepherdstown took place on June 19 and 20, 1862, two days after the Battle of Antietam. The Local History Room of the new Shepherdstown Library will also house a public display on the battle and the efforts to preserve Far Away Farm. Other community partners include the Jefferson County Historic Landmarks Commission, Jefferson County Farmland Protection Board, and the Land Trust of the Eastern Panhandle.

Designed by the ABT, the Shepherdstown Middle School map depicts troop movements at the Cement Mill and Far Away Farm on Trough Road. Unger said SMS also hopes to plan field trips for students to visit the battlefield, similar to those taken in the past by fifth graders to School House Ridge, another Jefferson County Civil War landmark. 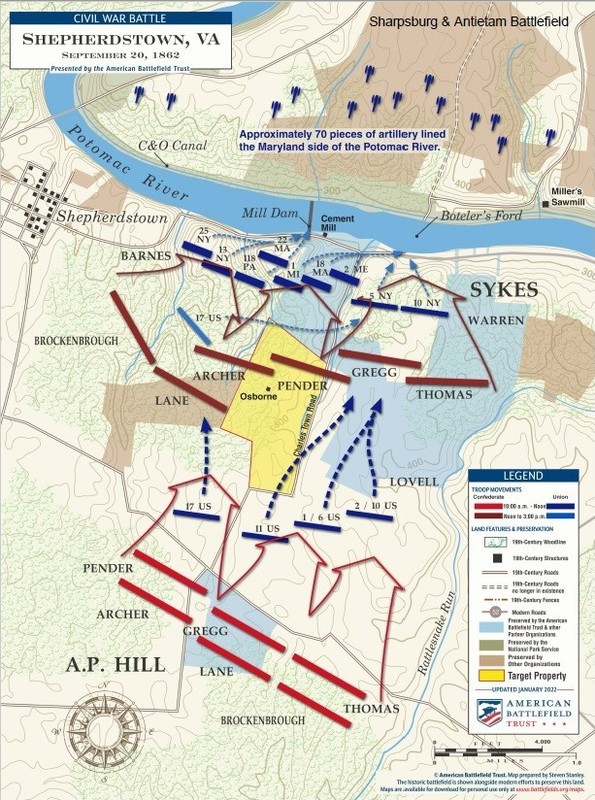