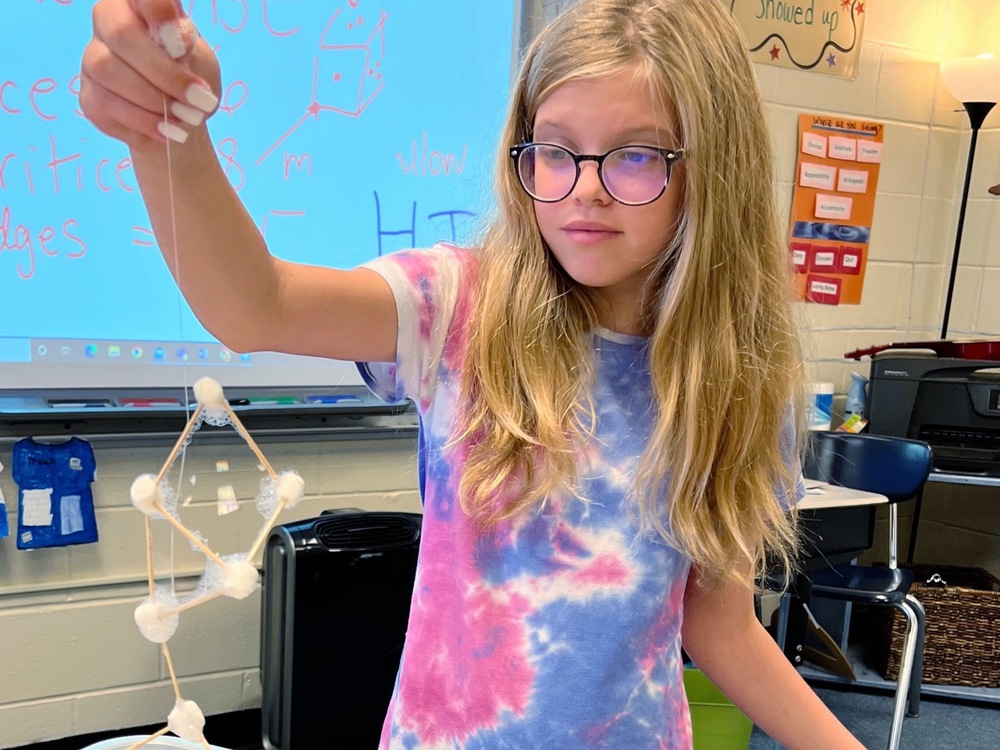 The class kicked off STEAM Fridays this new school year with a science and math focus on 2D and 3D polygons, highlighting the effect of the number of vertices on bubble formation. Students began by building marshmallow-and-toothpick prisms and cubes but quickly took their creativity up a notch with other 3D shapes, such as hexagonal and rectangular prisms. Students then took turns dipping their 3D creations in a dish soap solution.

"We were all amazed that the once-edible figures pulled out of the soap solution created beautiful bubbles INSIDE that were either the same triangular or square shape as the base of the prism or the number of marshmallow vertices!" explained Ms. O'Hara.

As if Fridays couldn't get any better! 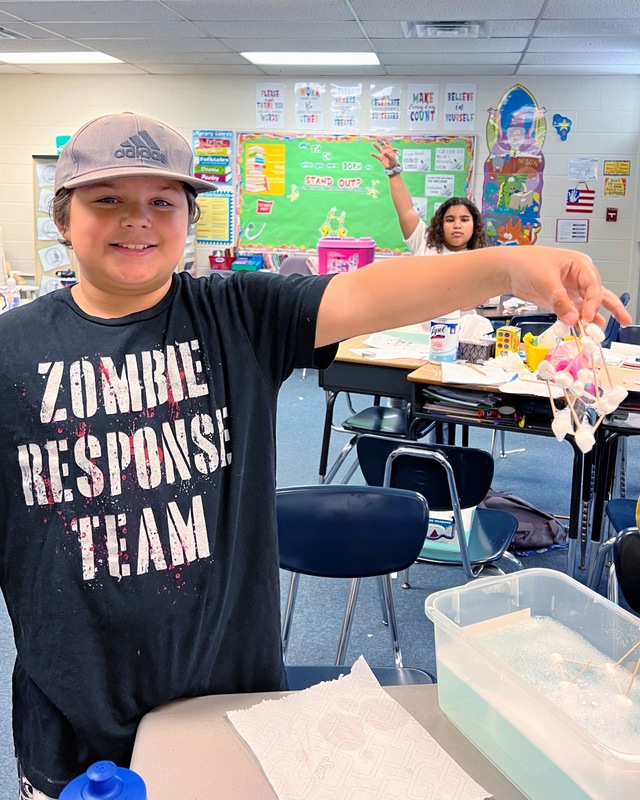