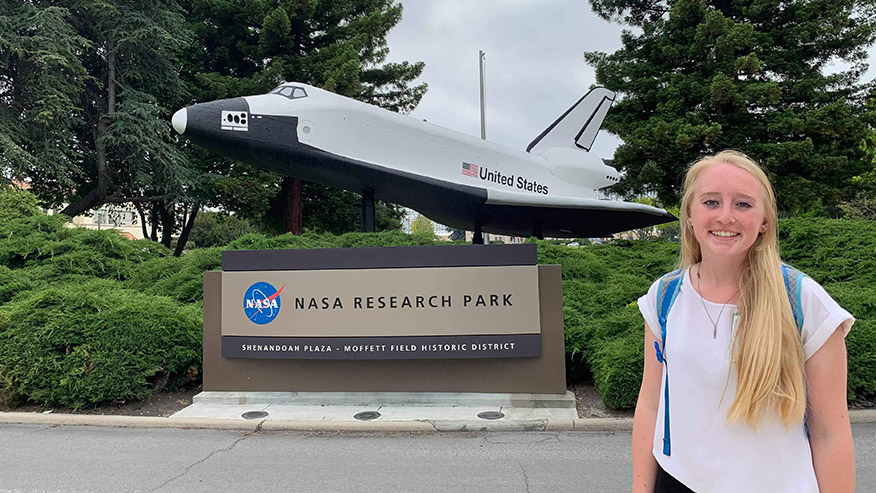 As a student at Wildwood Middle School, Eleanor Kearney became inspired watching a video of a NASA space shuttle launch. Now she's assisting in the final preparations for Saturday's launch of Artemis I, the first integrated test of NASA’s deep space exploration systems.

A graduate of Jefferson High School, Kearney went on to attend West Virginia University's Benjamin M. Statler College of Engineering and Mineral Resources, where she enrolled in the mechanical and aerospace engineering dual degree program.

"I realized how exciting the aerospace industry was and how math and science weren't just for laboratories," she said in a WVU graduate profile. "I picked aerospace engineering because I liked the industry, but once I started taking my classes, I learned what engineering really entails. I found that in my heart, I am a mechanical engineer who enjoys aerospace applications."

During her undergraduate studies, Kearney became a three-time rotorcraft aeromechanics intern at the NASA Ames Research Center in San Francisco, California, where she simulated the Martian atmosphere for planetary rotorcraft testing. Upon graduating in May from WVU, she accepted a full-time position with NASA working in the cryogenic propulsion systems branch at the Kennedy Space Center. The role allows her to assist with the series of complex Artemis missions that will set the stage for human exploration into deep space.

NASA will host a live broadcast of the Artemis I event on Saturday, September 3. The launch window will open at 2:17 p.m. EDT. View the launch on the NASA app, NASA website, or NASA TV.