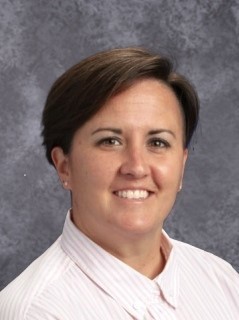 CHARLES TOWN, W.Va. – The Jefferson County Board of Education (JCBOE) named Nicole Reed as the new Principal at Charles Town Middle School (CTMS) during their regular board meeting on Monday. Reed attended the meeting with her family and spoke to board members about her career at CTMS.

“Over the last 13 years, CTMS has become a second home, with a second family, that I have grown to love with my whole heart."

Reed's interest in education began when she was a child. She told board members she remembered meeting visiting C.W. Shipley Elementary School, where her mother worked for 49 years before retiring in May.

Reed's own career in education began in 2009 as a health and physical education teacher at CTMS. She also served as an assistant principal and interim principal at the school. Reed said everyone at CTMS can do great things and that she is proud to be a part of that success.

"I have had the opportunity to witness firsthand the great community made up of our teachers, staff, students, and parents. I look forward to collaborating with stakeholders to tap into our potential to make CTMS the best campus it can be".

Reed earned a Bachelor of Arts in Secondary Education-Health from Shepherd University and a Master of Education in Administration and Supervision from American Public University.