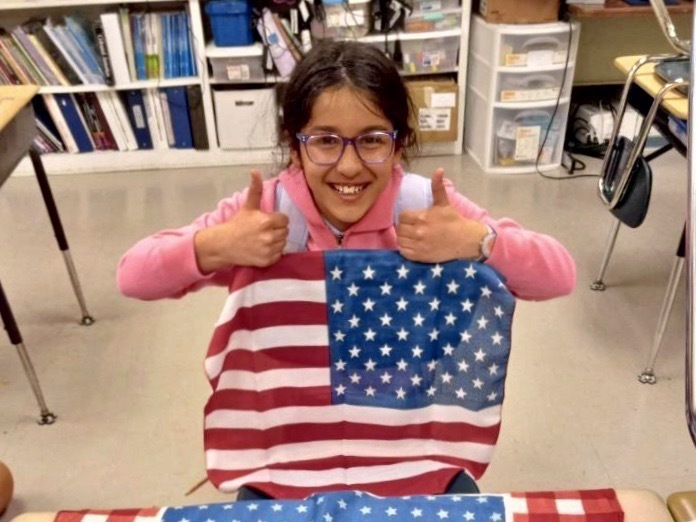 HARPERS FERRY, W.Va. - Fourth-grade students at C.W. Shipley Elementary received a lesson in patriotism when one of their classmates became a U.S. citizen in the final days of the school year. Upon earning her citizenship on a Friday in late April, Lily Jackson returned to school on Monday to find that her teacher, Pamela Flanagan, had specially commemorated the occasion. 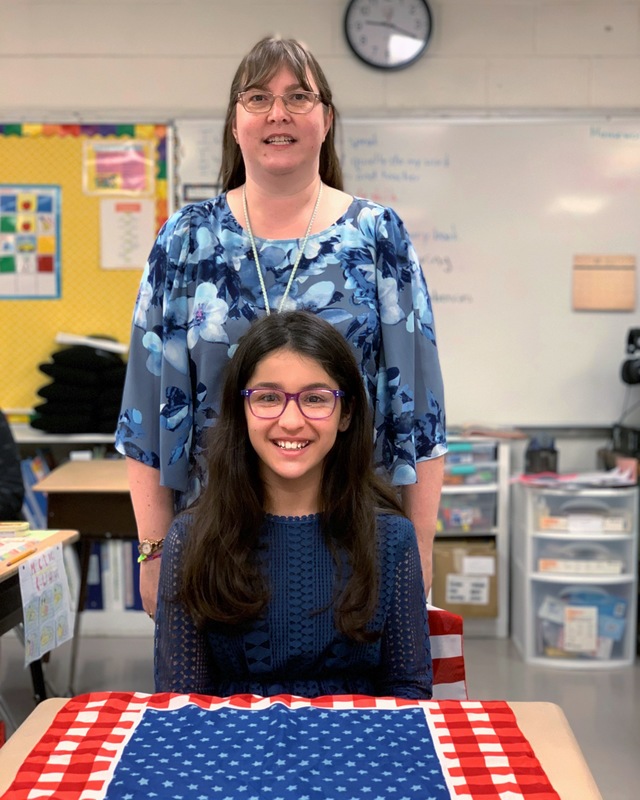 Lily was born in the United Arab Emirates and gained U.S citizenship from the United Kingdom alongside her mother, Stacie Jackson-Garner. Lily's father is an American-born citizen who works for the U.S. government. The family moved to the United States in 2016.

"It's incredible how she went above and beyond to solidify the importance of this event in Lily's life," said Stacie. "I extend the utmost gratitude to Mrs. Flanagan for being a spectacular educator and a lovely human!"

Asked how the gesture made her feel, Lily echoed her mother.

"It made me super happy," she said. "Ms. Flanagan knew how excited I was about becoming an American citizen. I knew she was a great teacher, but I didn't know how great until this happened."