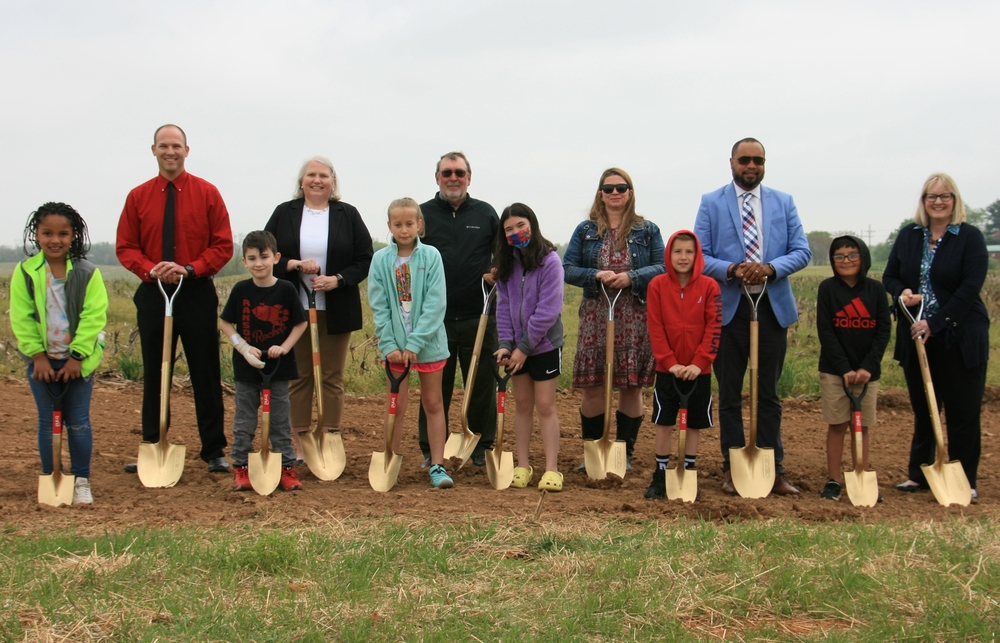 JEFFERSON COUNTY, W.Va. -- Jefferson County Schools (JCS) and the Ranson and Shepherdstown communities celebrated the groundbreaking of our two new elementary schools on Tuesday. Dozens of community members joined JCS students, staff, and administrators from both schools for ceremonies that officially began the next phase of the projects. West Virginia Superintendent of Schools, Clayton Burch spoke during both ceremonies. He said that the new schools demonstrate the amazing things happening in Jefferson County.

Each of the roughly $20 million projects is included in the Bond call approved overwhelmingly by Jefferson County voters in 2020. Additional funding from the WV School Building Authority will allow for even more features to enhance opportunities for students. President of the Jefferson County Board of Education, Kathy Skinner said it is the people inside the schools that will make all the difference.

“The building is very exciting, but all a building is is walls and roof. A school is a place for children to get educated. A home is where children thrive and flourish."

Skinner said she wants both schools to be a home for students. The involvement of students at each school will go a long way toward that goal, according to Randy Jones, principal architect with ZMM. He said that he had fun working with the students from both schools as they determined what they wanted to see in their new schools.

"The imagination and creativity from these kids was truly inspirational, and their teachers that came with them were there to let them just dream," Jones said. "That’s what we do: we dream and try to look at things we can put into this school that would truly inspire them to make them the best students they could be."

Both schools should be ready for the 2024-2025 school year. Officials plan to invite alumni from both communities back to see the new buildings that will serve the children in Ranson and Shepherdstown.