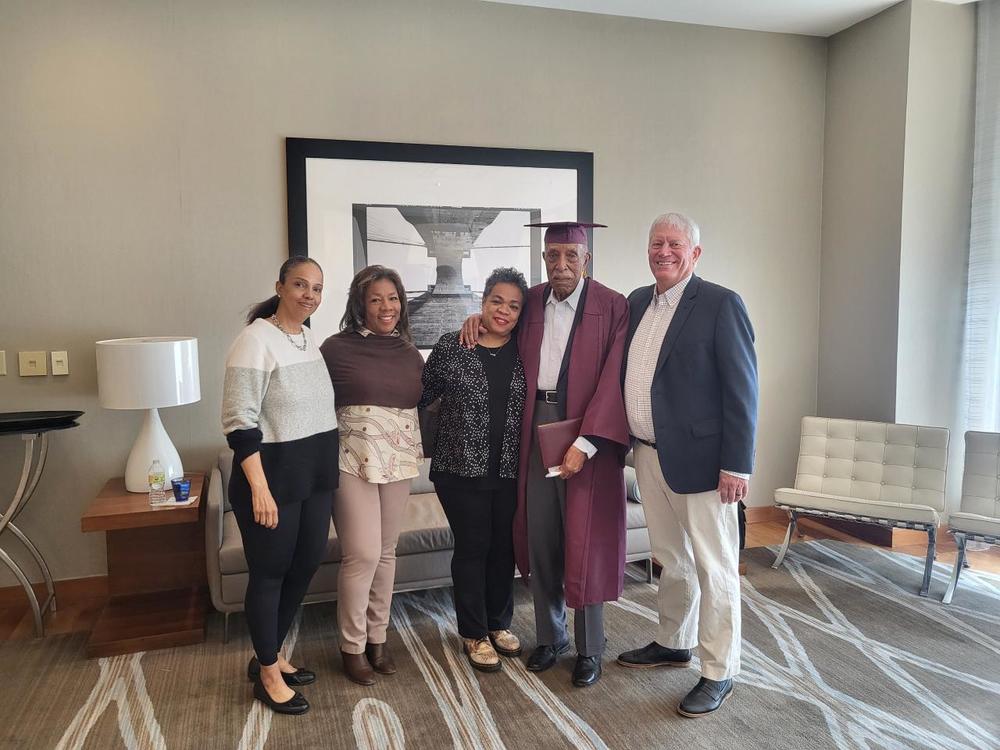 HARPERS FERRY, W.Va. – A collaborative effort to recognize a 101-year-old Storer College attendee has resulted in the award of an honorary diploma to Merrill Pittman Cooper. Jefferson County Schools (JCS) worked with Harpers Ferry National Historical Park (NHP), the Storer College National Alumni Association, the West Virginia Department of Education (WVDE), and the Cooper extended family to honor Mr. Cooper for his achievements at Storer and beyond.

Merrill Pittman Cooper attended Storer (then a Normal School) as a high school student from 1934 to 1938. His curriculum included college preparatory courses in Latin, biology, history, English, and mathematics. Mr. Cooper aspired to attend college, but life circumstances intervened when he moved with his mother to Philadelphia for financial reasons during his high school senior year. He lived in Philadelphia for the next fifty years, pursuing a career in transportation and rising to the position of union vice president.

In 2018, Mr. Cooper visited the former Storer College campus and expressed regret over never earning his high school diploma. Mr. Cooper’s family members reached out to park staff, who began a process of collaboration with local, regional, and state entities to honor Mr. Cooper, his time at Storer, and his life beyond its campus.

"Jefferson County Schools is committed to helping every student, young or old, fulfill their dreams,” said Gibson-Learn. “For Mr. Cooper, that meant receiving a high school diploma. We are honored to help make that dream a reality."