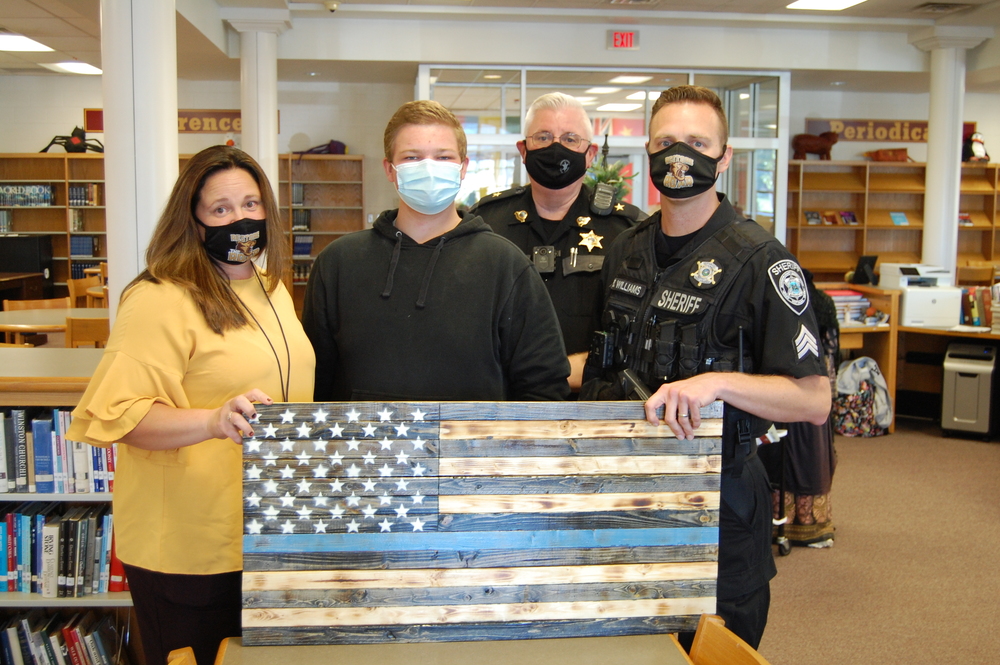 Jefferson High School Senior Jacob Dodge presented Sgt. Williams with the flag, calling it simple but meaningful.
"We thank him immensely for everything he does here," Dodge said. "He keeps us safe."
The pine flag resembles an American Flag but has a blue stripe running horizontally across the middle. Dodge said that students worked for two weeks crafting them for resource officers. Each student signed the back as well. 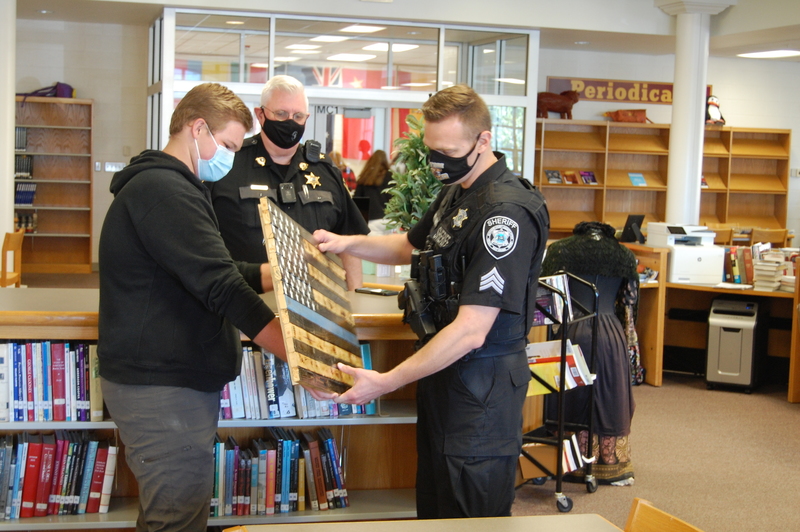 Sgt. Williams said that while his role is to support students, he feels that school resource officers do just as much for the law enforcement community.
"Because of the dynamic and the way things are in the communities now, it's good for them to see us in this light that we are here to help them and be a positive influence in support of Jefferson County."
Sgt. Williams said he loves the job and serving kids.
" It's the most rewarding position I've ever had in law enforcement," he said.
Jefferson High School Principal Mary Beth Group and Jefferson County Sheriff Tom Hansen, who served as the Jefferson High School Resource Officer from 1999-2001, were also on hand for the presentation.